The Orthodontic Therapists Society's vision is to provide a platform for Orthodontic Therapists to influence change, and offer support at each and every stage of their career. Our guiding philosophy is that we will support the development of a sustainable and effective workforce, which will advance our profession through education and professional activity.

Today there are approximately 593 Orthodontic Therapists on the General Dental Council register, notably 576 are female, with 16 identified as male and 1 who has not identified and there are 6 centres offering the qualification. 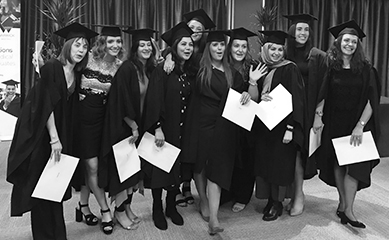 Benefits of becoming a member

Full membership for just £40 per year

Orthodontic Therapists Society invites you to the study day "Finding a Voice" on 23rd March 2019, 9am - 4pm, at Warwick University, Coventry, CV4 7AL.

Programme Topics:
Torque - The Use of Differential Bracket Torques
Ego States - Effective Communication for the OT
Occlusion and Orthodontics; a restorative perspective
Interpretation of the Scope - Are you on the right track